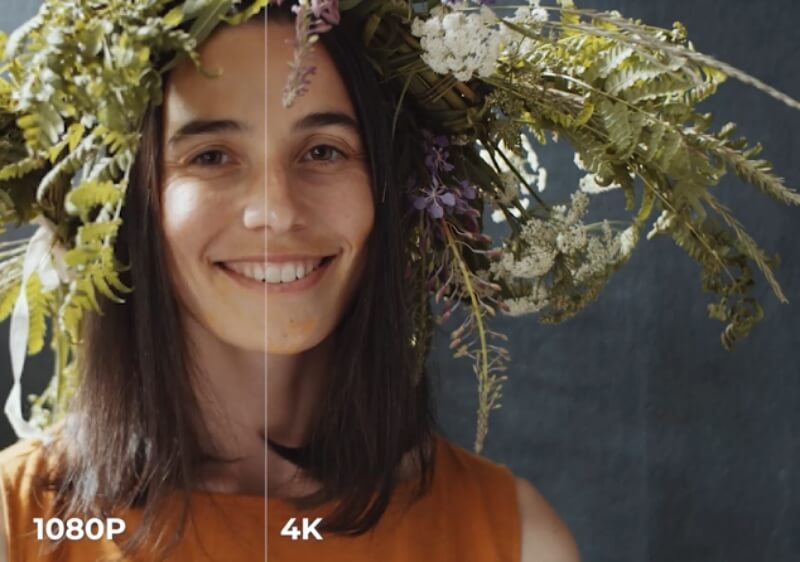 Is there a huge difference between 1080p and 4K video resolution?

A more significant number of pixels demonstrates a higher resolution, and a lower number of pixels indicates a low-resolution video. The higher the resolution, the more image detail you get and the more realistic your video will look. This article presents the popular 4K and 1080p video resolutions, as well as a comparison between them.

However, this means a 4K display also has four times the total number of pixels as a 1080p display, which you can see in the table below. Different marketing names exist for each. A higher resolution means it supports more content and delivers crispier images. Below, you can view a few differences between 4K and 1080p.

1080p resolution implies the picture has 1920 pixels on a level plane by 1080 in an upward direction (1920 × 1080). 1080p contains 2 million+ pixels and has become the business standard for a fresh HD computerized video that doesn't break your storage space. This is likewise a typical screen resolution for cell phones.

Are you confused about what's the difference between 4K and 1080p videos?

4K, for the most part, deciphers as profoundly itemized, fresh, and cleaner-looking video than 1080p, mainly when played on a 4K screen.

Native 4K content is readily available on most streaming apps, including Netflix, Disney+, and Amazon Prime Video, reflecting the widespread adoption of 4K televisions. Physical video sources such as Blu-ray players and gaming consoles are also beginning to support a 4K resolution. However, for a long time, these sources could only produce a resolution of 1080p.

In the 2020s, 1080p televisions are becoming increasingly difficult to find, and when they are available, they are typically constrained to being small and inexpensive models. Because 4K televisions are typically only manufactured in larger sizes, you will most likely be required to purchase a 1080p model if you want a small TV due to space constraints.

Around the same time that 4K televisions began to gain popularity, HDR, an abbreviation for high dynamic range, also began to gain popularity. Although frequently marketed together, it has no connection with the resolution but refers to the colors and luminance of the image. It gives those who create content the ability to use a wider variety of colors and levels of brightness, which contributes to an improvement in the picture quality and produces colors that are deeper and more vibrant.

There are many different HDR formats, and you might see some businesses advertising 4K HDR. However, a TV that can support HDR does not guarantee that it will look good on the TV. Many factors may affect the picture quality. And you will need to purchase a 4K TV if you want to watch your preferred HDR content because most 1080p TVs do not even support HDR.

Human eyes have a limited range of perception. Sitting too far away from your television will prevent you from being able to make out all of the finer details in the image.

If you sit too far from a 4K television, the picture may look similar to what you would get on a TV with a lower-resolution screen. You can discern a discernible difference if you sit close to a television with a large screen. To clarify, this does not imply that you won't notice any difference if you move further away. Rather, it indicates that the difference won't be particularly noticeable. Although 4K resolution won't offer many advantages after a certain distance, the quality will be much higher when viewed up close.

What makes 4K resolution preferable is that with the utilization of ever-bigger television screen sizes and video projectors, it gives considerably more definite pictures than 1080p. 1080p gazes up to around 65-inches and can, in any case, do a great search in bigger screen sizes. However, 4K can convey a far better-looking picture as screen sizes keep expanding.

Regardless of whether you down-sample your 4K video later, the more excellent one will, in any case, be recognizably unique - and over the long haul, you will love getting going with a higher resolution.

When you have the choice to shoot with a 4K camera or webcam, we recommend that you have adequate internal storage and battery power.

Now you know the difference between 1080p (FHD) and 4K (UHD), you're better equipped to start searching for a camera or webcam to meet your needs.
There are many webcams for 4K and 1080p video recording, but the OBSBOT Tiny 4K webcam remains the best among them.

OBSBOT Tiny 4K is one of the best 4K PTZ webcams, which has the equivalent 4K resolution as the market chief and uses artificial intelligence to help the camera to have the ideal angle of your face. The reach on a level plane is 160 degrees, while the range upward is 90 degrees.

Although it is physically bigger than other webcams, the additional bulk is justified by the built-in gimbal that lets the camera tilt, spin and follow you as you move. This indicates that it can cover you from over 180 degrees without the need to zoom out to the point where you are barely a speck in the picture. Additionally, the auto-tracking is excellent. In addition, it comes with magical gesture control capabilities, which you may use to control the face lock for tracking and zooming in and out.

It has all the essentials covered, including solid video quality, a surprisingly good mic, and a lightweight utility to manage the camera position and zoom-in software. Therefore, it is an incredible option for anyone who is looking to make high-quality video calls. Below are the exciting features of the OBSBOT Tiny 4K webcam.

This article explains the difference between 4K and 1080p and also the 4K vs. 1080p comparison. There are a lot of UHD and FHD cameras and webcams out there, but if you need the best video recording with an excellent microphone, the OBSBOT Tiny 4K webcam offers you just that. It is a perfect 4K webcam with dual microphones for Zoom, Skype, TikTok, YouTube, etc. 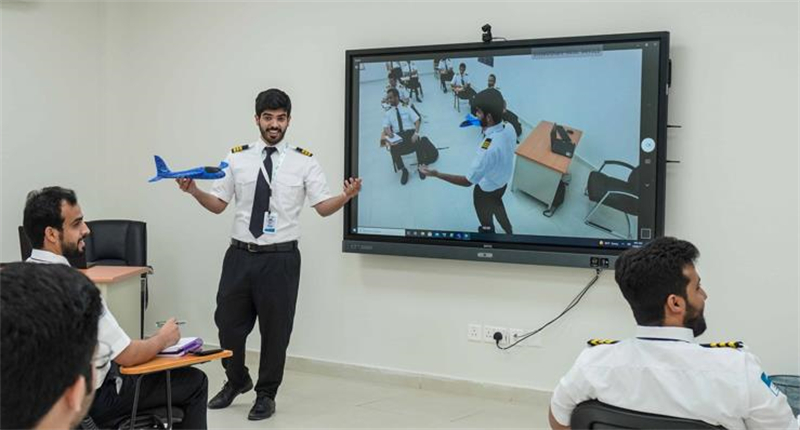 Top 10 Best Webcams/Cameras for Conference Rooms
When you think of having a virtual meeting, the essential factor determining its success is a good conference room webcam. Get to know about the top 10 best webcams for conference rooms. 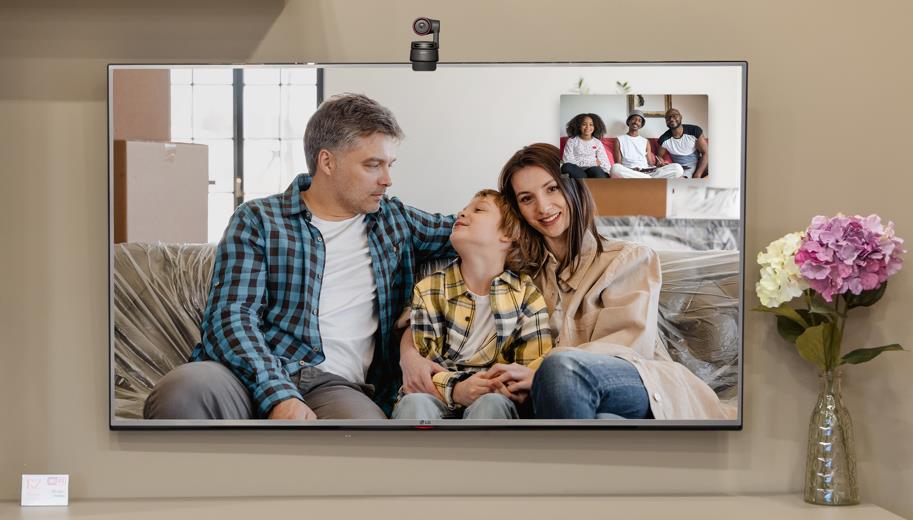 How to Easily Connect a Webcam to a Smart TV for Video Calls?
Did you buy a smart TV? Well, I am sure then you need a webcam for your smart TV. This post will walk you through connecting a webcam to a TV for streaming videos and chatting with other people. 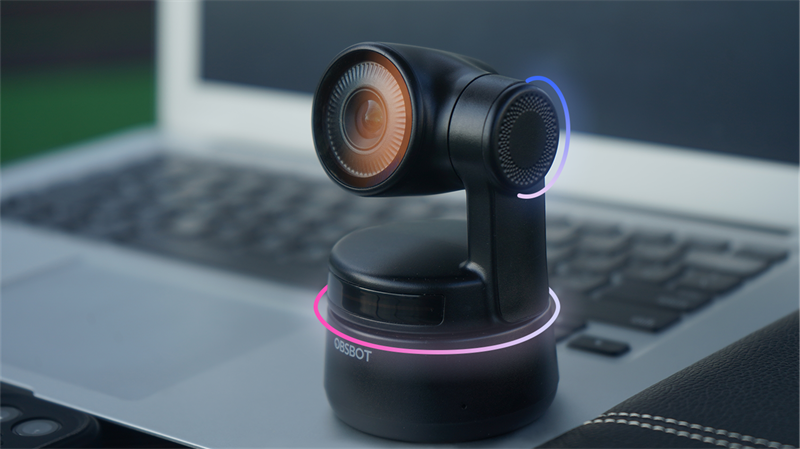 The Best PTZ Webcams/Cameras for Video Conferencing
Do you want to learn about the best PTZ cameras? These are the best PTZ webcams on the market with Pan/Tilt/Zoom functionality for video conferencing and live streaming. 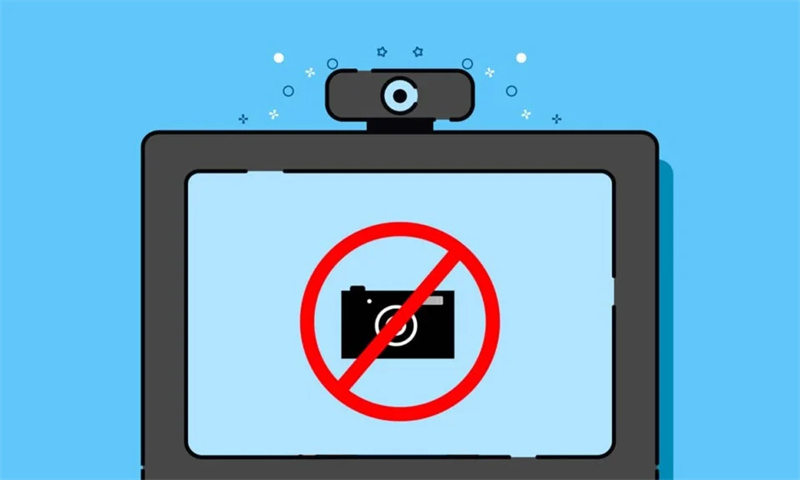